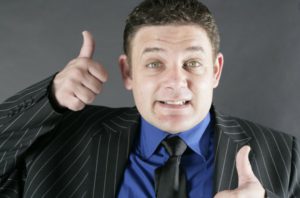 Committie has performed on stage, television, radio and the Internet. In addition to his own, self-written shows, Committie has performed a number of other stage productions including Rob Becker’s Defending the Caveman. He is particularly well known for his character ‘Johan van der Walt’, a highly officious, disturbingly pedantic, offensive security officer and part-time film critic.