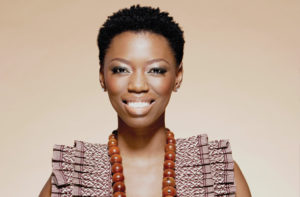 Lira was born Lerato Molapo in the Daveyton township in Johannesburg’s East Rand. Her name translates to “love” in Sesotho and she speaks four languages. She is a multi-platinum selling and a 8x South African Music Award-winning Afro-Soul vocalist who refers to her music as “a fusion of soul, funk, elements of jazz and African.”

Recognition: In 2000 she was discovered by musician/producer Arthur Mafokate, who signed her to his record label, 999 Music, and helped with the release of her debut album, All My Love(2003). The album earned her accolades at the Metro FM Awards, South African Music Awards and Channel O Reel Music Awards. The title track even knocked Beyoncé’s single “Dangerously in Love” off the charts. The following year, she left 999 Music and teamed up with keyboardist Victor Mngomezulu, bassist Tshepo Sekele, and producer Robin Kohl, subsequently she was signed to Sony Music Africa and released her first major label album Feel Good (2006). A huge success, it led to multiple nominations and wins at the South African Music Awards (SAMA). In July 2007 the album was released in Italy, where its title track gained massive airplay.

In summer 2010, she joined a line up of artists that included Alicia Keys, Shakira, K’Naan and John Legend, at the FIFA World Cup Kick-Off Concert performing a rendition of “Pata Pata,” a hit song originally recorded by the late Miriam Makeba. Later that summer, she was selected to take part in the 92nd birthday celebration of former South African president Nelson Mandela. Telecast live in 3D directly to Mandela, her performance of the popular Labi Siffre anti-apartheid tune and Mandela favourite “(Something Inside) So Strong” with the Soweto Spiritual Singers proved to be one of the most prominent performances in her career.

According to The Star Newspaper, she’s currently considered the foremost adult contemporary female solo artist in South Africa. She has appeared in major ad campaigns and been an Ambassador for Audi, Shield, Samsung, MTN and Blackberry. She has appeared on the covers of over thirty magazines worldwide and currently holds the largest Facebook following of any South African musician with over half a million fans.

In December 2011, she was named one of the “Five Unique Artists to Change Music in 2012” by Essence Magazine. In May 2012 she appeared in L’Uomo Vogue’s “Re-Branding Africa” issue featuring General Ban Ki-Moon on the cover where she said, “We’re a young democracy, and we’re accustomed to an image of Africa as a place that expects outside help. We must instead take stock of our situation, become autonomous, find our identity and independence.”

She lends her time and resources to causes that matter to her the most. She remains active with and has received awards from various grassroots organisations, outreach groups, and advocacy programs such as the Student Sponsorship Programme – which presented her with the Inspiration Award in 2011. She has also participated in numerous activities for The Southern Africa Trust.