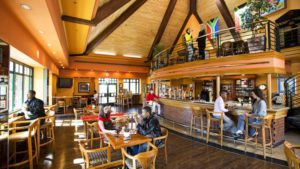 Do you know how many litres of Castle lager are sold every minute? Can you tell your hops from your malt? Do you think that pasteurised milk is the only amazing gift Louis Pasteur gave to humankind? The answer to these questions and many more besides can be found on a tour at South African Breweries’ World of Beer museum in Johannesburg.

Located in the thrumming suburb of Newtown, World of Beer opened its doors to the public in 1995, 100 years after the founding of South African Breweries. World of Beer is clearly an established and slick operation. It’s a sensory experience where not only do you get to taste the beer, but to see, smell, touch and hear all things involved in the process and history of brewing.

Visitors are guided through a series of themed rooms, traveling from Ancient Egypt where beer was quite possibly the only the reason that great pyramids were built, to rural South Africa where sorghum beer is still brewed according to traditional methods.

Of course, this part of the tour would be incomplete without tasting the sorghum, which is passed around in a clay drinking pot. The “rule” is that the last one holding the pot has to finish it. “Don’t worry,” our guide teased the startled lady left holding the sorghum, “You don’t need to rush. We’ll leave you here to drink it at your leisure and pick you up at the end of the tour.”

After tiptoeing through the cloisters of Trappist monks the tour heads, via a mock-up township shebeen, to the saloon bar of an old, rough and tumble Johannesburg where you can look forward to a taste of chilled beer in a souvenir glass. The guide – now in the role of bartender – expertly swooshes each person’s glass of beer along the bar counter. Just make sure you’re ready to catch it.

The second part of the tour explores the process of making beer, including an examination of the crops grown and the equipment used. There are even ‘smelling stations’ where pressing a button expels the distinct aromas of various stages in the brewing process. Our guide demonstrated, inhaling deeply; then, as our group was about to crowd in, he added; “I must warn you: it smells a bit like men’s toilets.” He got his laugh, but of course we all still queued to verify this for ourselves.

The World of Beer tour takes approximately an hour and a quarter. It is very reasonably priced and at the end includes a couple of complimentary drinks in the Tap Room Bar. You don’t have to order a pair of cold beers, but it’s probably the best way to appreciate the sunny terrace and pleasant city views. If you want to extend your experience there is a slightly more expensive version of the tour that includes a beer tasting session.

There is secure visitor parking but the museum is also conveniently situated on the Red Top Hop-on-Hop-off bus route, should you wish to fully appreciate all that World of Beer has to offer.

Unsurprisingly the tour is popular, so advance booking is advisable. All that’s left to say is cheers, gesondheid and bottoms up!