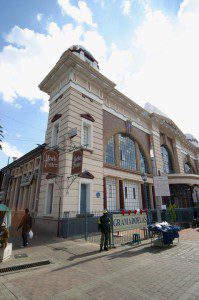 Built from Johannesburg’s Indian Fruit Market in 1913, The Market Theatre or South Africa’s Theatre of the Struggle, is now the home of live theatre shows- opening the stage to music, dance and associated arts. The theatre’s origins as a challenge against the apartheid era is obvious in the touching apartheid plays that have been showcased there, including Woza Albert, Bopha, Sophiatown and many of Athol Fugard’s award-winning dramas- including Blood Knot. The theatre does not, however only showcase protest theatre but continues to present new productions that entertain and assist audiences to understand South Africa’s development in its third decade of democracy.