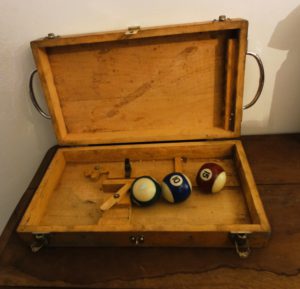 Escape Room Johannesburg first opened its doors in September 2015 and its popularity has been steadily snowballing ever since.  An escape room is a puzzle room, with clues and codes and secrets that you have to work as a team to unravel in order to escape in an allotted time.

The concept is believed to have originated from Hungary which, interestingly enough, is where renowned illusionist and stunt performer Harry Houdini is from. Houdini is widely remembered and celebrated for his sensational escape acts, and the art of escapology has captured imaginations around the world, with attractions similar to Escape Room being rolled out globally.

Are you a fan of Indiana Jones? Are you addicted to online puzzle games like Room? Or are you a fan of Agatha Christie’s famous mystery novels? Have you ever watched Krypton Factor or Crystal Maze and wanted to try it? Without making a spectacle of your self on national television whilst wearing a fetching spandex team uniform, of course. If you answered yes to any of the above questions, then you need to book yourself in for an Escape Room experience.

There is no heavy lifting or physical exertion involved. Ultimately, Escape Room tests your level of observation, problem solving skills and creative thinking. Everything you need to solve the mystery is in the room and there is a correct way to solve every piece of the puzzle. But this doesn’t mean participants don’t occasionally come up with alternative and innovative ways of solving problems the creators themselves never envisioned.

To make the experience as immersive as possible, the Escape Room team has worked hard to dress the escape room with era appropriate antique items. In the case of the current Disappearance room, the furnishings and objects are all from the 1960s.

The attraction is very much aimed at adults, and to be honest, you’ll probably have more fun without you preteens. Should you however need to take your kids along with you, they might enjoy it or they might be bored. Nevertheless, you’ll be pleased to hear that there is nothing frightening or unpleasant in the room. You won’t encounter any live creatures, skeletons in closets or nasty shocks, although we can’t say for certain what future Escape Rooms may entail.

Make sure you arrive a good quarter of an hour before your allocated time slot for an important debrief.  You only have an hour to work through the mystery, so latecomers will have less time to escape which ultimately takes away from your own experience. The room is monitored on CCTV, so if you’re stuck or heading off on the wrong track, a helpful nudge or clue is sent through via a walkie-talkie. Don’t worry though, we were assured that what goes in in the Escape Room stays in the Escape Room.

For the most competitive Escape Room visitors, the current record to beat is a shade under 40 minutes.  You can attempt the challenge with as few as two people or as many as six players.

Escape Room South Africa has a medium term objective to expand to other South African cities, so watch this space if you in any of our other major urban areas. Escape Room Johannesburg has just relocated from Rosebank to a larger premises at Dunkeld West.  This is great news, because more space, means more Escape Rooms are in the works.

The first escape room, Disappearance, will keep you on your toes and racing the clock to uncover who left the room sealed 50 years ago, where they disappeared to, and why.  A second room, Mine Escape, is due to launch soon, with a third and fourth room in the pipeline as well.

This is undoubtedly going to be a popular attraction with wide appeal. It’s an excellent and inclusive corporate team-building exercise or a brilliant and unusual social outing with friends. Our team is absolutely hooked and will definitely be returning to test our wits in the Mine Escape room soon.

The word is out in Johannesburg, so it looks like these secret rooms are not going to stay a secret for long.