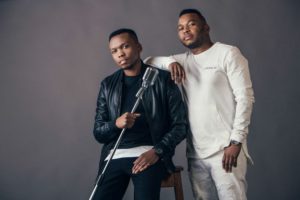 As the award-winning afro pop duo Jaziel Brothers prepare for the release of their latest album, Out of the Box, they have recorded a tribute song for Nelson Mandela, simply titled ‘Tribute to Mandela’. Out of the Box is set to be released on 1 August 2016.

According to the brothers, the song took just a day to record, and features a moving verse by Welkom-born female vocalist Tsoaka. Poet OpoKid from Matatiele also contributed a heartfelt verse to the song.

“In 2013 we were home in Matatiele… we heard the news of the passing of uTata Mandela. The song just came to us. More than anything, one of the biggest motivating reasons why we do songs is inspiration and purpose,” the duo explains.

The month of October marks 10 years since the Jaziel Brothers released their first hit single, ‘Ngeke Ngiphinde’, in 2006. Later this year, the band plans to stage a tour for all nine South African provinces.

Listen to the song here: