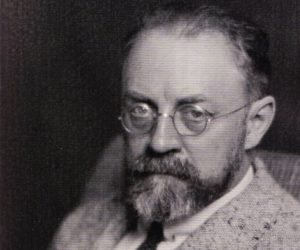 Henri-Émile-Benoît Matisse was a French artist, recognised both for his use of colour as well as his fluid and original draughtsmanship. His vast oeuvre encompassed painting, drawing, sculpture, graphic arts (as diverse as etchings, linocuts, lithographs, and aquatints), paper cutouts, and book illustration. But he is known primarily as being one of the most influential painters of the 20th century.

Currently, Henri Matisse’s works are on display at the Standard Bank Gallery in Johannesburg until September, with the exhibition titled Rhythm and Meaning. But, apart from his massive contribution to art, what do we know about him as an individual?

2.) Initially trained as a lawyer, Matisse only developed an interest in art when he was 21 years old.

3.) Matisse played the violin as a child and as an adult says he “took violin lessons for a year and often spent six hours a day playing.”

4.) He had a healthy competition with artist Pablo Picasso. They would often produce the same subjects and even sometimes works with the same titles.

6.) In his later years, Matisse could no longer stand for extended periods of time and became confined to a wheelchair. But from this, he developed a technique called ‘painting with scissors’. He used a long stick to assemble the cut-out pieces on his walls until he was happy with the arrangement.

7.) Matisse loved jazz music, and once said, “Jazz is rhythm and meaning.” And, “There are wonderful things in jazz, the improvisation, the liveliness, the being at one with the audience.”

8.) Fauvism is a style of painting with vivid expressionistic and non-naturalistic use of color that flourished in Paris from 190. Matisse is regarded as the movement’s leading figure.

9.) The biggest single collection of Matisse’s work, comprising more than 500 paintings, is in the Baltimore Museum of Art in the USA and is the bequest of sisters Claribel and Etta Cone.

10.) Matisse had two sons and a daughter. His daughter, Marguerite, was a member of the French Resistance during World War II.