Search
By Daisy on August 2, 2016 Uncategorized 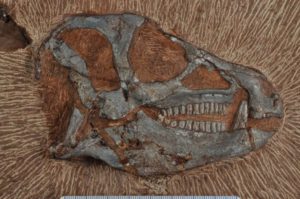 A dinosaur fossil discovery made by a South African palaeontologist in 2005 has finally revealed its secrets. The fossil, the most complete ever found of a species known as Heterodontosaurus tucki, was recently scanned between 21 and 26 July 2016.

Billy De Klerk excavated the fossil from a stream bed on a farm near Grahamstown in the Eastern Cape, and removed enough rock from the bones to identify the animal. However, the skeleton was too small and delicate, and the rocks around it too hard to enable scientists to fully study the anatomy.

Therefore, Evolutionary Studies Institute at the University of the Witwatersrand (Wits) in Johannesburg took the complete skeleton of the small dinosaur to the European Synchrotron Radiation Facility (ESRF) in Grenoble, France, where it was X-rayed.

The dinosaur is believed to have roamed the earth 200 million years ago, and the team of scientists involved in scanning the fossil wanted to understand how it moved, breathed and ate. “Heterodontosaurus was a small, plant-eating animal with grinding teeth in the back of the jaw and big canines in the front,” the ESRF’s spokesperson Delphine Chenevier said in a statement.

“Typically, in dinosaurs that have grinding dentition, they have a certain type of tooth replacement, that is: teeth grow inside the jaw and gradually replace those grinding teeth as they wear down. Lots of scientists have speculated about tooth replacement in Heterodontosaurus. Now this is the first time that we have a complete jaw and we can actually test some of those speculations.”

Chenevier said the scans revealed details of the bones forming the roof of the mouth.

“We can see the palate and the mid-line of the skull and those palate bones are really very fine, less than 1mm across. We’ve scanned this at such a good resolution that we can actually see the outlines of the palate bones very, very well.” 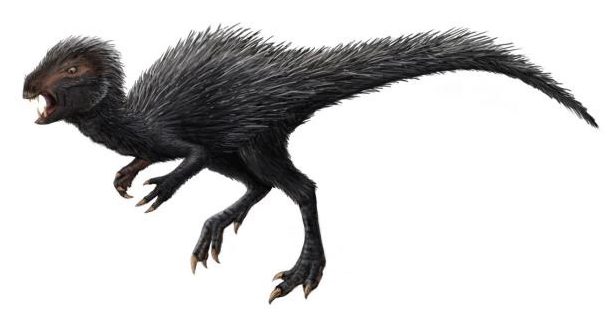