Search
By Daisy on September 6, 2016 Uncategorized 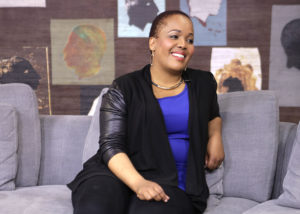 Tumi Morake, South Africa’s “First Lady of Comedy”, made history this past Saturday by being the first ever female to be crowned ‘Comic of the Year’ at the 6th annual Savanna Comic’s Choice Awards.

The award – proving that Tumi is a formidable force in this male-dominated industry – follows on her recent win of Best Comedian at the 2016 YOU Spectacular Awards.

“I won!”, exclaimed Tumi. “I didn’t know how much I wanted it until I won it! I wouldn’t have had the guts to do this, without the support of my fans. And a big thank you to the comedy fraternity. There are very few women playing in this game and the fact that these guys have taken notice, it means a lot! Now the Queen shall truly reign!”

The hilarious variety show was held on Saturday 3 September at the Teatro at Montecasino, where Tumi went up against talented comedians like Carvin Goldstone, Loyiso Gola, Mashabela Galane and Skhumba Hlophe.

Tumi is regarded as a “jane-of-all-trades”. Beyond her comedy, she has been the face of major campaigns with Vodacom and Kellogg’s. A producer as well, Tumi’s work has been nominated in various categories at the South African Film and Television Awards, which she also hosted in 2013 and 2014. She also hosted the prestigious SAMA Awards (Night 1) in 2012 and 2013.

However, her continental claim to fame began as the host of The Big Brother Hot Room, a comical round up of Big Brother Africa. She also spent two seasons on the judging panel of etv’s She’s The One.