Search
By Daisy on January 31, 2017 Uncategorized 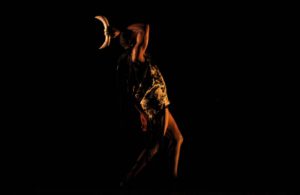 The Vuyani Dance Theatre launches into 2017 with three different projects taking place in three continents in the space of a month.

This internationally renowned Johannesburg-based dance company travel to Perth (Australia), Bangalore (India) and Bremen, (Germany), and perform in a number of trans-continental projects.

The first of these is Out of Joint, a collaborative project that was initiated by Helge Letonja of Germany’s Steptext Dance Project and Vuyani Executive Creative Director, Greg Maqoma. The acclaimed Steptext choreographer has been spending time at the Vuyani studios, working with the company’s dancers during January, while Maqoma has been in Bremen, coaching the German dancers.

Last week the Vuyani dancers travelled to Germany, where the South African and German dancers meet to create a full work over the space of a month. It premieres in Germany in March before staged in South Africa in May.

A second troupe of Vuyani dancers depart for a short stint in Bangalore this week to perform at the Attakkalari India Biennial, regarded as South Asia’s largest and most important international festival for contemporary movement arts. On the 4th of February, they perform Maqoma’s landmark work at the Ketima, in Bangalore’s Chowdiah Memorial Hall.

Ketima is a male quartet that was first presented in 2003, and in 2016 Maqoma revived it by using new members of Vuyani with a double cast of a male quartet and a female quartet. The work captures the essence of childhood, examining the phases of development, from crawling and toddling though to more mature emotions and actions. Another award-winning Maqoma creation, Exit/Exist is performed during the Perth International Arts Festival at the Heath Ledger Theatre on 10, 11 and 12 February.

This music group consists of vocalists and musicians Anele Ndebele, Siphiwe Nkabinde, Sizwe Nhlapo and Xolisile Bongwana, and was launched in October 2016 to add live music to Vuyani’s productions, but they are also in demand to perform as a standalone ensemble in their own right. Spanning world music genres from traditional South African songs to Afro-reggae, with West African and Latin influences, the Ensemble also performs at the Albany Entertainment Centre, the Denmark Civic Theatre and St George’s Cathedral on the 14th, 15th and 16th as part of the Perth festival.