Search
By Daisy on October 5, 2017 Uncategorized

The new R5 entered into circulation on 1 October 2017, the Reserve Bank said. SA Mint also released a collection of commemorative coins including a 24 carat gold coin.

The coins depict the times in the life of OR Tambo, which  SA Mint said are epochal events in the history of South Africa.

Tambo, along with Nelson Mandela and Walter Sisulu, were the founding members of the ANC Youth League in 1943, becoming its first National Secretary and a member of the National Executive in 1948.

In 1955, Tambo became secretary general of the ANC, and in 1967, Tambo became acting president of the political party, following the death of Chief Albert Lutuli.

He returned to South Africa in 1990 after over 30 years in exile, and was elected national chairperson of the ANC in July of the same year. He died aged 75 due to complications from a stroke on 24 April 1993.

This is the R5 circulation coin: 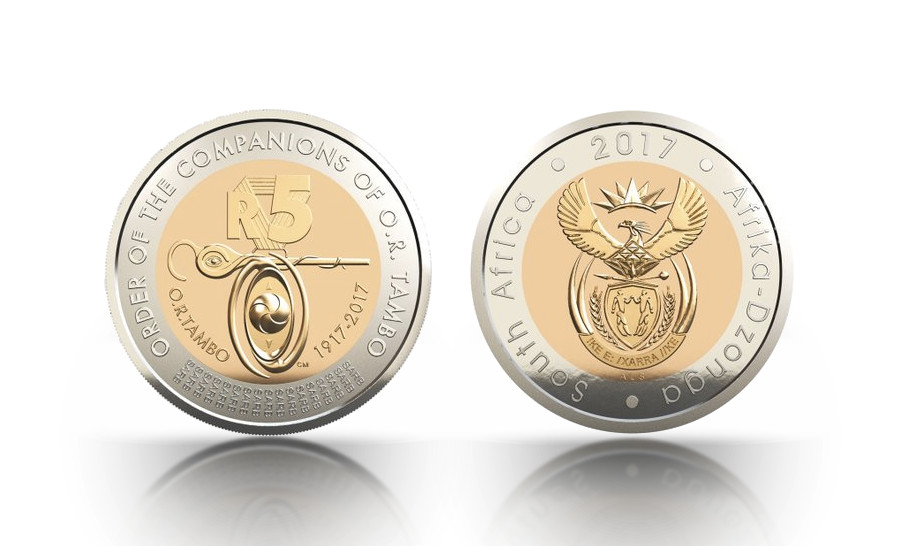 These are the special edition commemoration coins: 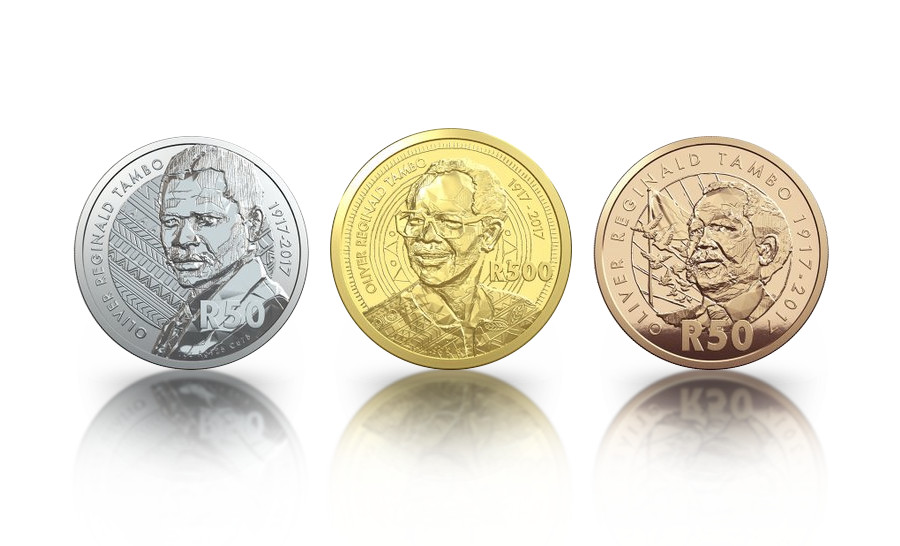