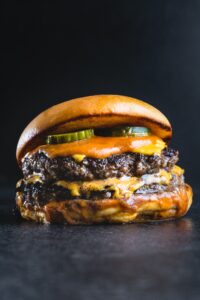 Since establishing in 2020, South African cultivated meat company Mzansi Meat Co. has been harnessing cellular agriculture technology in order to make meat from the cells of animals without actually harming the animal.

After two years of R&D, the company is proud to announce that next month it will be showcasing the first cultivated beef burger in Africa, at a bespoke event in Cape Town.

A proudly South African company, Mzansi Meat Co. plans on scaling up production on their cultivated meat in order to ensure cruelty-free meat is available on as many plates around the country as possible. However, their sights are not only set on burgers. The brand has plans to introduce minced beef burgers, sausages, nuggets, steaks and even chicken into the South African market over the next few years. The company’s vision is to produce meat that will be used in traditional African and South African cuisine.

However, as the company celebrates this massive milestone, getting there has been an intricate process. The journey begins at Mzansi Meat Co.’s local farm animal sanctuary where veterinarians remove tiny tissue cells from donor animals, who roam free, with as little harm as possible.

Once the cells are harvested, a sample is placed in a nutrient-rich transport medium and taken to the Mzansi Meat labs where the cells are isolated and grown in a culture medium. This is a special type of food containing vitamins, salts and proteins that the cells need to develop and divide. Once they have enough cells, they’re placed on a scaffold and after adding a few additional spices and flavours, the cultivated meat is ready to be dished up and enjoyed. The process of growing cell-based meat is similar to how beer is brewed.