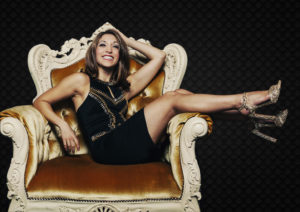 Having captured international acclaim as a YouTube sensation with her ‘diva’ impression videos, Bianco went on to gain over 25 million views. Dubbed ‘the girl of a thousand voices,’ Christina has performed on major television programs such as The Ellen Degeneres Show, The Queen Latifah Show and The Today Show in the US; and The Paul O’Grady Show, This Morning and The Imitation Game in the UK.

A two-time Drama Desk Award nominee, Bianco has performed her critically acclaimed concerts to sold out crowds in New York City and across the U.S.A. In the UK, she’s enjoyed extended runs headlining at London’s Hippodrome, Royal Albert Hall’s Elgar Room, The Charing Cross Theatre and at The Edinburgh Fringe Festival. This past fall, she completed her second UK concert tour titled, First Impressions.

Bianco recently made concert debuts in Switzerland, Spain and in Australia, at The Sydney Opera House. She frequently performs with major US and Canadian symphonies. Her solo symphony show, The Woman Of A Thousand Voices, tours under the direction of Maestro Jack Everly. Her live album Life Of The Party was released in October of 2018.

SEE OTHER MUSIC EVENTS IN JOBURG