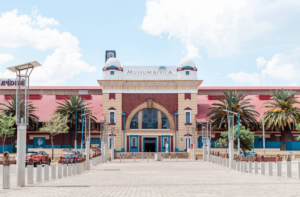 Museum Africa is housed in what was once the city’s first fruit and vegetable market, a building constructed in 1913. In the early 1990’s, the building was adapted to accommodate the museum. Conceived in the midst of the South Africa’s political transition to democracy, the museum’s permanent displays focus on the history of Johannesburg in the 20th century.

Museum Africa’s principal permanent exhibition is “Johannesburg Transformations” which examines some of the momentous changes that have swept through the city in the last century.